For the past couple of weeks, I’ve had a hankering for cookies.

I didn’t want to bake cookies from scratch and I didn’t want to rely on my friend Nestle Tollhouse (Yes, I need you to read it like Phoebe Buffay would).
After checking out so many (and I mean soooo many) recipes online I was like

From all my research, I had surmised that, at a bare minimum, I needed to add 1-2 eggs & 1/4-1/2 cup of either oil or butter.
But what about after that?
I wanted these cookies to taste good.
Yes, I wanted the real deal… but not too sweet.
I read about adding instant pudding mix, but I was more interested in adding a cup of readymade pudding (mostly because it was already in my fridge). Yes, I know, as evidenced by the picture, it was sugar free, but beggar’s can’t be choosers.
So Anyways…
Being the Curious George I am, I thought to myself, ‘Challenge Accepted!‘
I realised that since every quantity of cake mix is different (aka the companies have starting giving people less bang for their buck… Don’t get me started on Corporate America…) I would have to wing the recipe to a certain degree.
I know… ‘Uh oh’.
Thus, the following section will be the story of all the things that went wrong when trying to attempt these ‘easy bake’ cookies. However, feel free to skip a section to just get the recipe and the materials needed.
______________________________________________________

WHAT YOU SHOULD PROBABLY NOT DO:

So I started out dumping the cake mix into a large bowl. Then I dumped about 3/4 of the cup of pudding in. I picked up a whisk. This is where my trouble began. Use a wooden spoon ladies and gentleman… Trust me.
This caused me so much grief. I followed by adding a couple drops more than 1/4 cup of canola oil. And then I pre-whisked an egg and added it. I was having way too much trouble trying to transfer the dough back and forth from my tablespoon to my whisk. I even pulled at a prong of the whisk and had to reassemble it. Shhh don’t tell my mommy. Anyways I ended up resorting to wo-manhandling the dough with my bare hands. Don’t worry I washed them in between every step… You’re not the only germaphobe. Think atta gunding for roti making (English translation: kneading the dough).

Next, I meant to add a teaspoon of vanilla and ended up dropping an indiscriminate amount into the bowl. Oh well…
Then, I added some chocolate chips and mixed.
Refrigerate for 20 min (to make easier to work with)
And that’s when I noticed the box with a cookie recipe on it… SAY WHAAAAAA?!?!?
It even tells you to use a wooden spoon. The recipe is different and has a different temperature recommendation than many of the sites online (which usually recommend 350 degrees). So I ended up settling for the 360. I know… Clever. 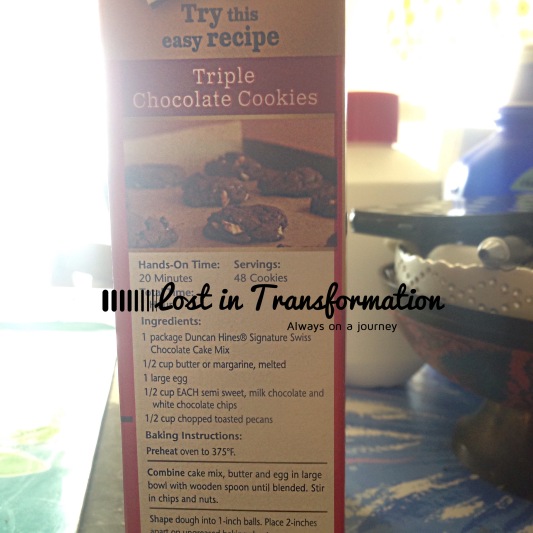 After I pulled out the cold dough, I decided that I wanted to sprinkle some dark brown sugar on the cookies cause hey why not…
So I attempted making shapes.
First, I just scooped out globs covering my tablespoon and then started flattening them.
Then I decided… Nah, probably too big. Next, I made squares akin to the ‘ready to bake’ Nestle Tollhouse cookies.
Finally, I decided to scoop out half a tablespoon, roll them into little balls and flatten by making a pound sign with my fingers.
Luckily they weren’t sticky. Why?
Because they were refrigerated.

When my boyfriend brought me loads of extra Dairy Milk for Christmas, I knew what had to be done…

Background: As a child, I would look forward to christmas parties at friends’ places, solely for the prospect of 1) getting to hang out with my friends 2) getting to do hands-on activities 3) eating loads of junk food.

On the rare occasion, that we got to melt chocolate, dip treats into them, and anxiously wait until they dried, it was a combination of all three. Basically, every child’s dream.

Present Day: For the past couple of days, I’ve been super excited at the idea of doing this at home all on my own…

When I was younger, I wouldn’t really be encouraged to do things in the kitchen, mostly because I was clumsy. I haven’t lost all my clumsy, but I think the consolation prize for my parents is that I can clean up messes on my own. In my mind, I’m a grown woman and I do what I want. 😉

So although many of you have probably accomplished this in your lives, it doesn’t hurt to share my experience doing it. Now does it? 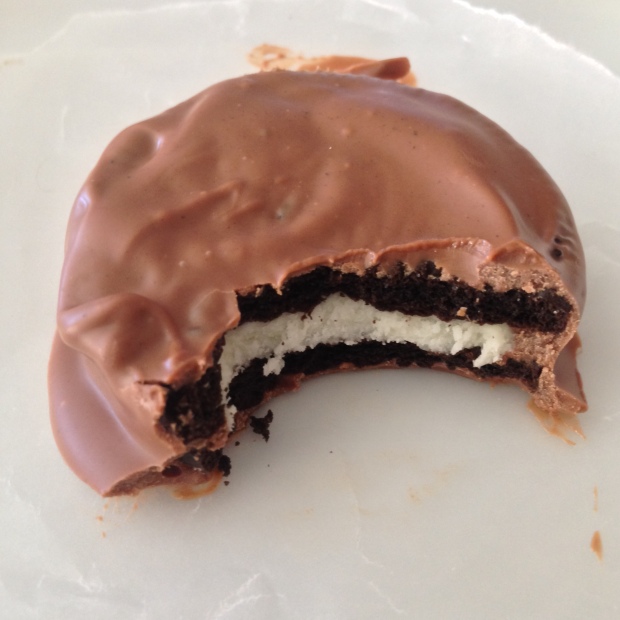 Works on alwaysonajourney.com are licensed under a Creative Commons Attribution 4.0 International License.

Unauthorized use and/or duplication of this material without express and written permission from this site’s author and/or owner is strictly prohibited. Excerpts and links may be used, provided that full and clear credit is given to alwaysonajourney.com with appropriate and specific direction to the original content.